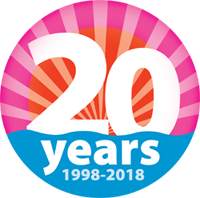 Bus stops at 720 Douglas St - in front of entrance to Victoria Conference Centre. Scheduled bus service to Nanaimo, and from Nanaimo to all points north of Nanaimo.

Bus stops on H'way 19A at Croydon Road.

Bus stops on H'way 19A at Miracle Beach Drive

Bus stops at the Community Hall on H'way 19A at Fenwick Road.

Pick-up (only) inside gas station. For drop off - see Langford. 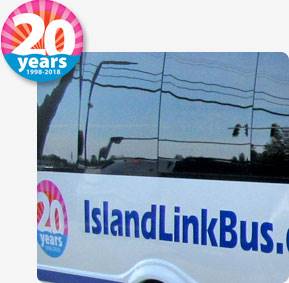 Twenty two years ago, IslandLink started with bus service from Qualicum Beach, French Creek & Parksville to the Departure Bay ferry terminal. The service was designed to serve as a connector for Horseshoe Bay/Departure Bay foot passengers, and it still is today.

On our first day, June 23, 1998, we carried just one passenger from French Creek Marina to Departure Bay, Nanaimo for a fare of $12 one way. Today, IslandLink carries over 50,000 passengers a year, operates up to 14 buses all equipped with free wi-fi. Buses are clean and comfortable with seat belts on every seat. Baggage allowance is only limited by the amount you can carry